My fondness for the music of King Crimson is rooted, as much as anything, in Ian McDonald's,  Robert Fripp's, & David Cross's talents at creating a full orchestral sound from that dreamy, moody, hauntingly eerie of instruments

Below are four of the analogue behemoths that formed the nucleus of Crimson's powerful tape-replay soundscapes of yesteryear.

Crimson's first: The "In the Court of the Crimson King" mellotron -- MK II, double-manual, serial # 113, one of the oldest surviving MK II's around.  Crimson's seminal album remains my favorite ... indeed what first drew my, and undoubtedly many others', interest to that distinct, other-worldly sound of the mellotron.  Acquired courtesy of a loan from Ian's uncle, the "In the Court" 'tron now rests in R.F.'s abode in the  rolling hills of Whiltshire. 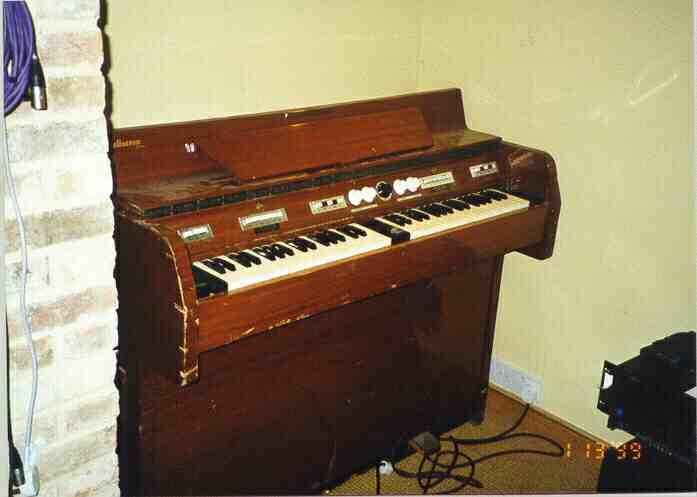 The "In the Court" Tron

The MKII (serial # 211) used on the masterful "In the Wake of Poseidon" album, whose title song is my all-time favorite 'tron tune.  I remain awed how R.F. set aside his Les Paul, stepped in for the just-departed I.M., and penned & performed this lush opus.  This was Crimson's earliest touring mellotron. The Poseidon 'tron has seen better days (mark-two's were monsters to haul around). John and Martin at Streetly Electronics have plans to "lovingly restore" the Poseidon 'tron, side handles and all. 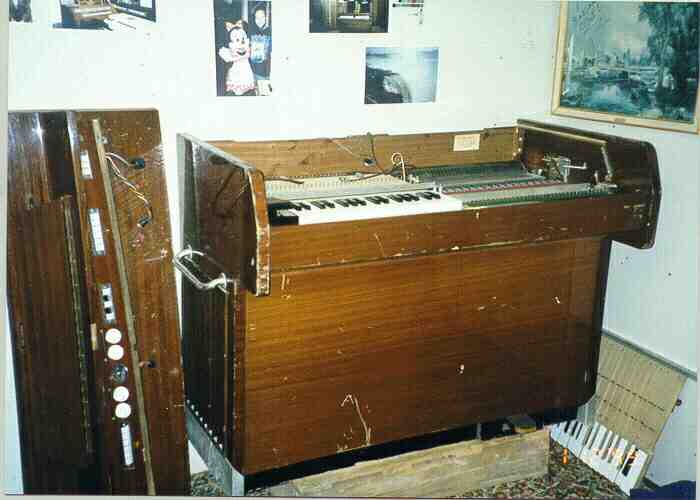 The "In the Wake of Poseidon" Tron

By the time the "Fripp-Boz-Collins-Wallace" rendition of Crimson formed in 1971, the much nimbler, down-sized, single-manual M400 had made its debut, with interchangable tape racks and all ... a welcome relief to the touring band (particularly its roadies).  Here's one of the earliest-made M400s (serial # 354), used on the "Islands" album and Crimson's fall-1971/spring-1972 U.S. tours.  How about the matted-carpet exterior -- the perfect antidote to the bouncing mellotron.  The Islands 'tron was later sold to Uriah Heep, when John Wetton briefly joined them in 1975, but eventually found its way back to Crimson ownership. 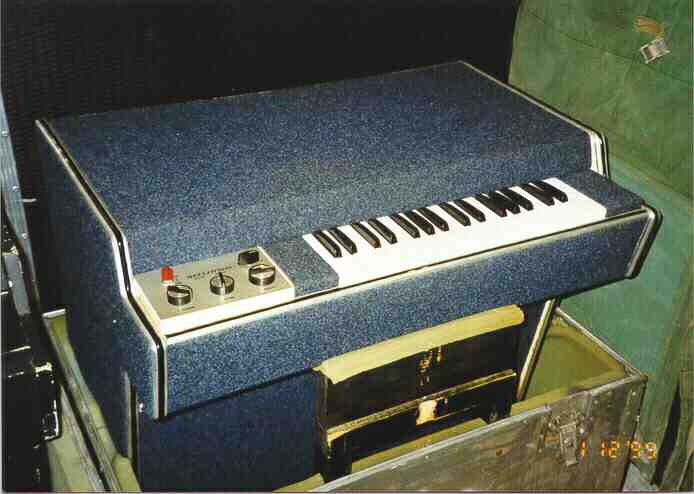 Arguably Crimson's most celebrated tron-tune is "Starless".  A  cherished memory -- Fripp, stage-left, flooring the outdoor crowd on that warm July, rather starry evening in Central Park with this very M400, what would be the last performance of the most power-packed version of Crimson ever -- Fripp, Wetton, Cross &   Bruford.  This (uncharacteristically) ebony-colored M400 (serial # 1199) toured the U.S. and Europe in late-1973 and the first half of 1974, and shows its battle scars ... but as demonstrated at the 1997 "Nightwatch" release-party in London, retains its original gothic sound.  Among Crimson die-hards (at least according to the polls of the Elephant Talk fan-site), Starless remains numero uno ... enthusiasts' favorite Crimson song.  Starless -- a high watermark for the melodious mellotron. 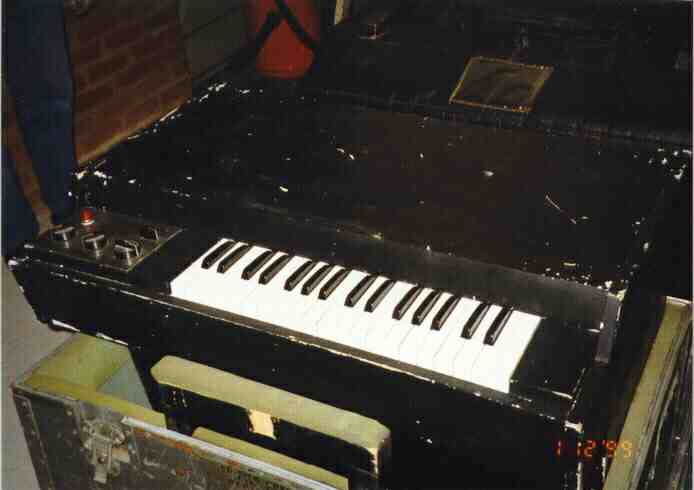 Postscript: The mellotron has been retired from Crimson's musical arsenal.  Robert Fripp apparently no longer has use for the 'tron as he charts new (read digital) ground for the new millenium's King Crimson.  Indeed, these very 'trons were recently put up for auction, and their future remains uncertain.  To the almighty mellotrons of King Crimson ...